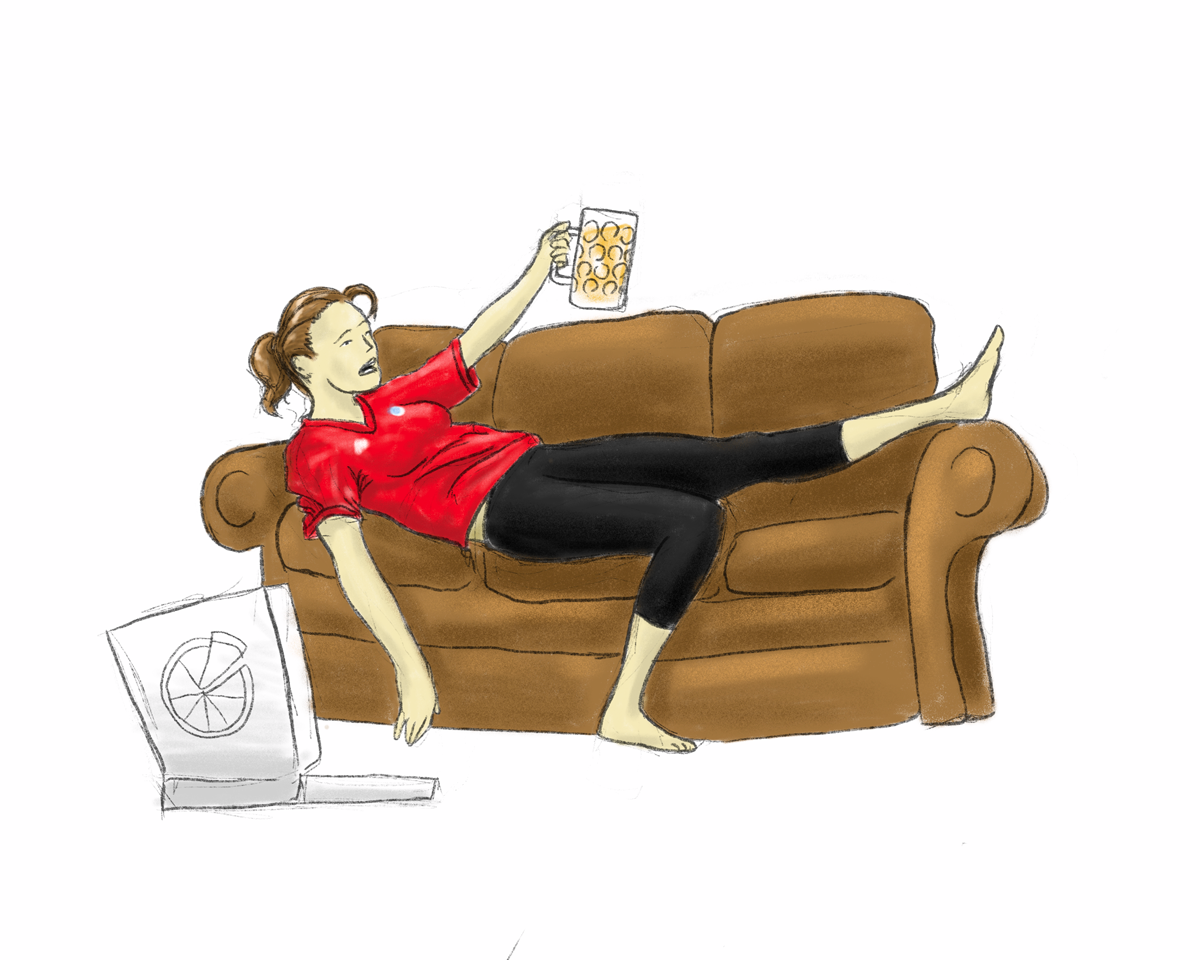 Have an amazing quarantined-as-a-couple story? We’d love to hear it! Tell us your weirdest/funniest/most ridiculous experience with your partner during quarantine.  We want to share it with the whole BACH Fam—and we’ll send free booze if we feature your story!

Submit your story for a chance at free booze: complete this form or email us at creative@thebach.com.

My husband is this ridiculously fit cyclist dude, and he’ll go out on like 80 mile rides on the weekends. He’s nuts. It’s just the two of us and his dad staying at his dad’s house in the burbs, so when he leaves for four or five hours, it’s basically just me and his dad in the TV room, trying to find things to talk about.

My father-in-law is very nice and generous but he’s kind of an oddball and definitely has a low-key gambling addiction. Three weeks ago, we were watching Harry Potter (and the Deathly Hallows - Part 1), and he kept checking his phone. He’s finally like, do you mind if we watch Bundesliga? I’m like...what’s that? He explains it’s a German soccer league and one of the few sports still being played during quarantine. He told me he places bets on some of the games for fun. For the next few hours, we watched back-to-back games, ordered a large pepperoni pizza, and finished a 6-pack of Rolling Rock together.

Three weeks later, our refrigerator is stacked with Pilsner and Kolsch beer. We watch Bundesliga every Saturday and Sunday, essentially from 9am until the early afternoon. When my husband gets back, I’m basically blacked out on the couch. I’m wearing my Bayern Munich soccer jersey (Thomas Müller) right now as I write this.  I’m 0% German and have never played soccer. My father-in-law tells me I’m the son he never had.

I cut my fiance’s hair for the first time this quarantine. He’s very much balding at the top and is very protective of what’s left of it. (This is anonymous, right??)

The haircut was going really well. I rounded out the back of his head with the shaver, trimmed his sideburns, and then worked on the front as a final touch-up to my masterpiece. He has this boyish cowlick that I wanted to shorten. I should have used the scissors, but instead I tried to nip it with the electric shaver. I overshot it by a mile and shaved a bald strip a quarter-way down the middle of his head!

‍
His family called me Paul Bunyan, because it looked like I attacked him with an axe, LOL. He ended up having to shave the whole thing because it looked so ridiculous. Now I call him Johnny Sins. I had to explain to (and show) my future in-laws who that is...

To Infinity and the Gummy Beyond

My boyfriend got a few weed gummies from his friend after about 5 weeks of quarantine. He ate his right away but I saved mine for the SpaceX rocket launch. Poor guy had to sit through 2 hours of me reading wikis about people paying millions to travel to space and me watching several documentaries about the universe.

He can now tell you every interlocking piece of the international space station and how many rich guys prefer to be called a “private space explorer” instead of a “space tourist.” Tonight we’re watching Gravity...I hope he still loves me after this lol.

Submit your story for a chance at free booze: complete this form or email us at creative@thebach.com. 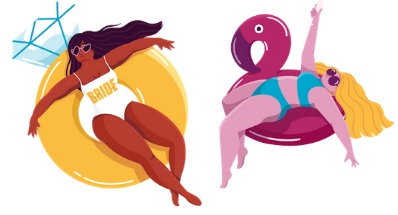 How to Mix and Match Bridesmaid Dresses

How Much Should a Bachelorette Party Cost & Budgeting Tips

Throwing a Silent Disco for Your Savannah BACH